Prototyping as a form of conceptual thinking and design methodology has been on the rise since the introduction of digital fabrication processes into architecture. It represents a cyclical phenomenon, since the discipline of architecture originated from the notion of the Master Builder and the close connection between the intent, the method, and the outcome. In more recent years, fabrication technologies not only provided designers with direct access to means of production and the ability to control design outcomes, but more importantly allowed a feedback loop characteristic of past craftsmen involved in creating-making. 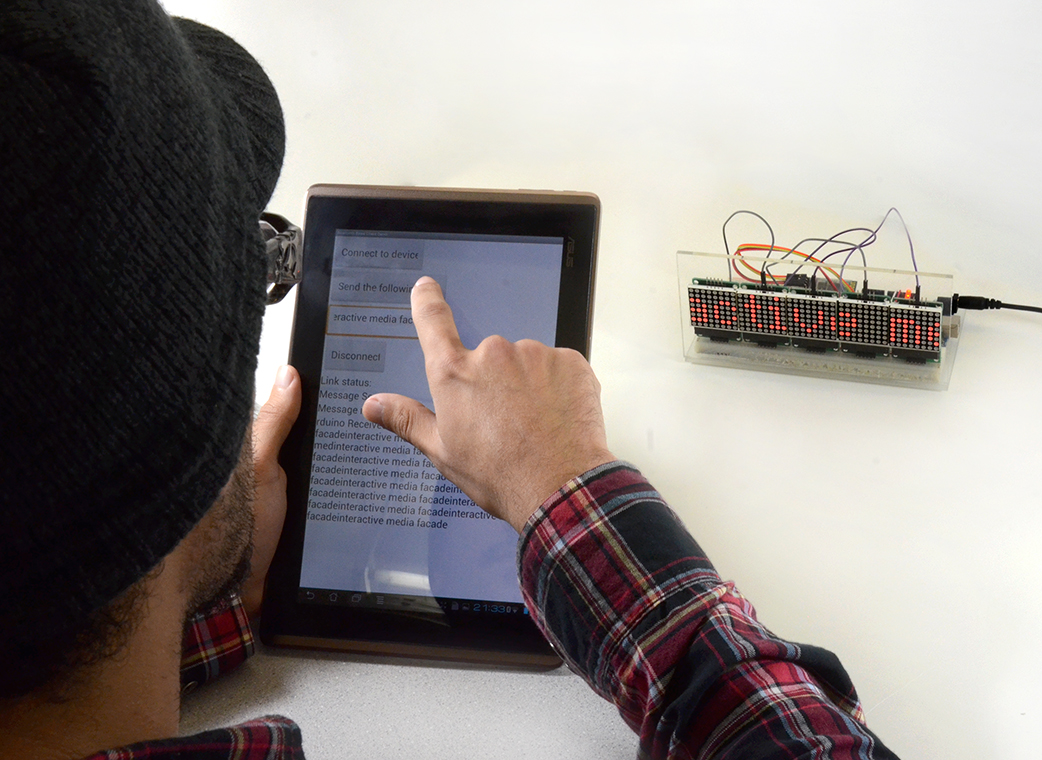 The media expressions and interactions are extended with the microcontroller (Arduino) and smartphone (Android) connectivity utilizing Bluetooth technology. This prototype uses standard 8×8 LED matrixes (MAX7219 chip) as the form of the participatory media interface. This framework can be used to control media facade shown on the top of this page. Framework developed by Andrzej Zarzycki, NJIT

Soap Bubble Installation  (2010)
A seemingly easy question often requires a sophisticated and complex answer. This was the case with the Digital Bubbles project developed by a student team for one of the interactivity courses. The soap bubble (machine) installation was designed to respond to ambient sound levels, or it could also be used for remote
interactions with microphones as sound sensors to create elaborate soap bubble formations.

The development process involved constructing multiple working prototypes and testing kinetic and electronic assemblies. Each subsequent version focused on refining the prototype performance and soap flow and on fine-tuning sensors and actuators. The precision of connections, designing for tolerances, and
material fatigue had to be considered and continuously addressed. Fine-tuning the latency of electronic systems with the physical behavior of materials required prototype testing and redesigning. 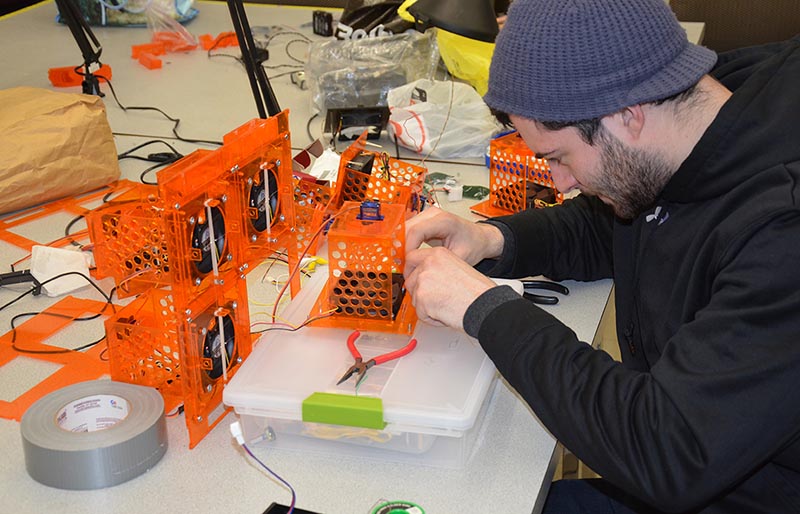 The process of making and remaking prototypes is analogous to retracing over previous sketches with a new layer of translucent paper. The iteration is what stirs imagination, and the iteration is what makes it perfect. The final design emerges through the process of human, material, and computational interactions that can only be addressed and solved through a close and hands-on understanding of a problem.

However, there is a significant difference between sketching and building. Subsequent sketches may refine the design intent but do not significantly advance the level of design resolution; prototypes do. The conceptualization without a material grounding and performance feedback loop detaches design from effective actualization and greater social impact. For example, the increased reliance on drawings to define building design is commonly paralleled by reduced innovation in materiality and physical construction. 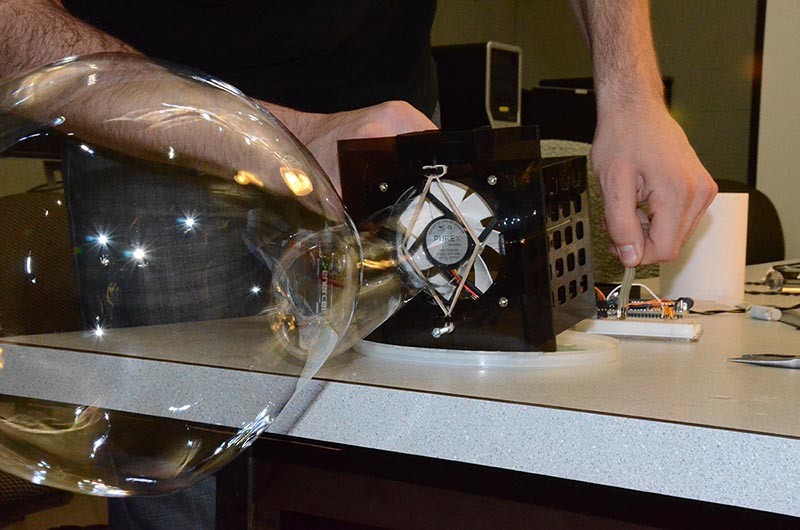 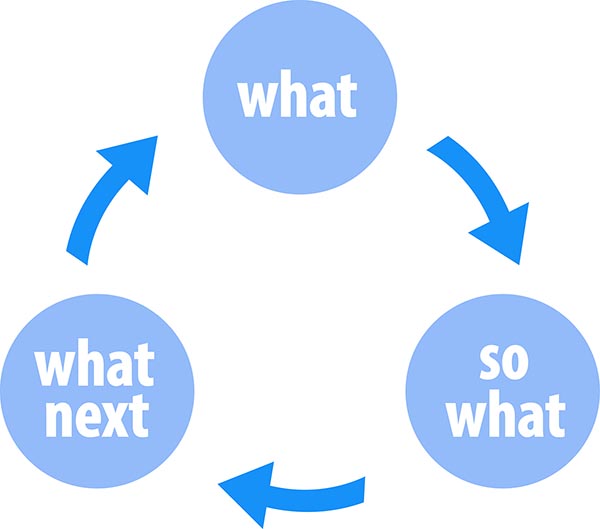 Making as Reflective Learning
In disciplines outside architecture, learning cycles or reflective models are commonly applied to reinforce experiential learning. Terry Borton, in his book Reach, Touch, and Teach: Student Concerns and Process Education, framed experience-based knowledge formation through the following three questions: “What?” “So what?” and “Now what?” (figure above), an approach inspired by Gestalt therapy practices. This model was later adopted in other disciplines, including nursing, by Gary Rolfe