This research studio focused on the process of knowledge development through experimentation, prototyping, and testing. Students reviewed existing literature and design precedents of high-performance building case studies. Based on these studies, students identified the need, defined the research question, and proposed methodology to address the need.
The semester project was dedicated to developing design and technology solutions that would address the identified need. Students developed fully functional prototypes that were tested to validate the assembly performance. This studio provided students with a unique opportunity to bridge architectural design with building technologies and building performance considerations. It also provided exposure to the development and implementation process of building envelope innovations.

The studio focused on the conceptualization through creating-making and real-life testing. A recursive process of physical prototyping—define, design, develop, and deliver—was used to evaluate initial designs and set expectations for subsequent iterations. The physical testing of prototypes became a significant part of the overall design process and knowledge forming.

The takeaway for students from this research studio was a practical understanding of (1) practicing methods of quantitative analysis, (2) conducting a literature review and precedent studies, (3) forming a research question based on the literature review, (4) deciding on the methodology for the inquiry, (5) data gathering with analysis of the findings, and (6) understanding the overall parameters (limitations) framing the constraint of this inquiry. 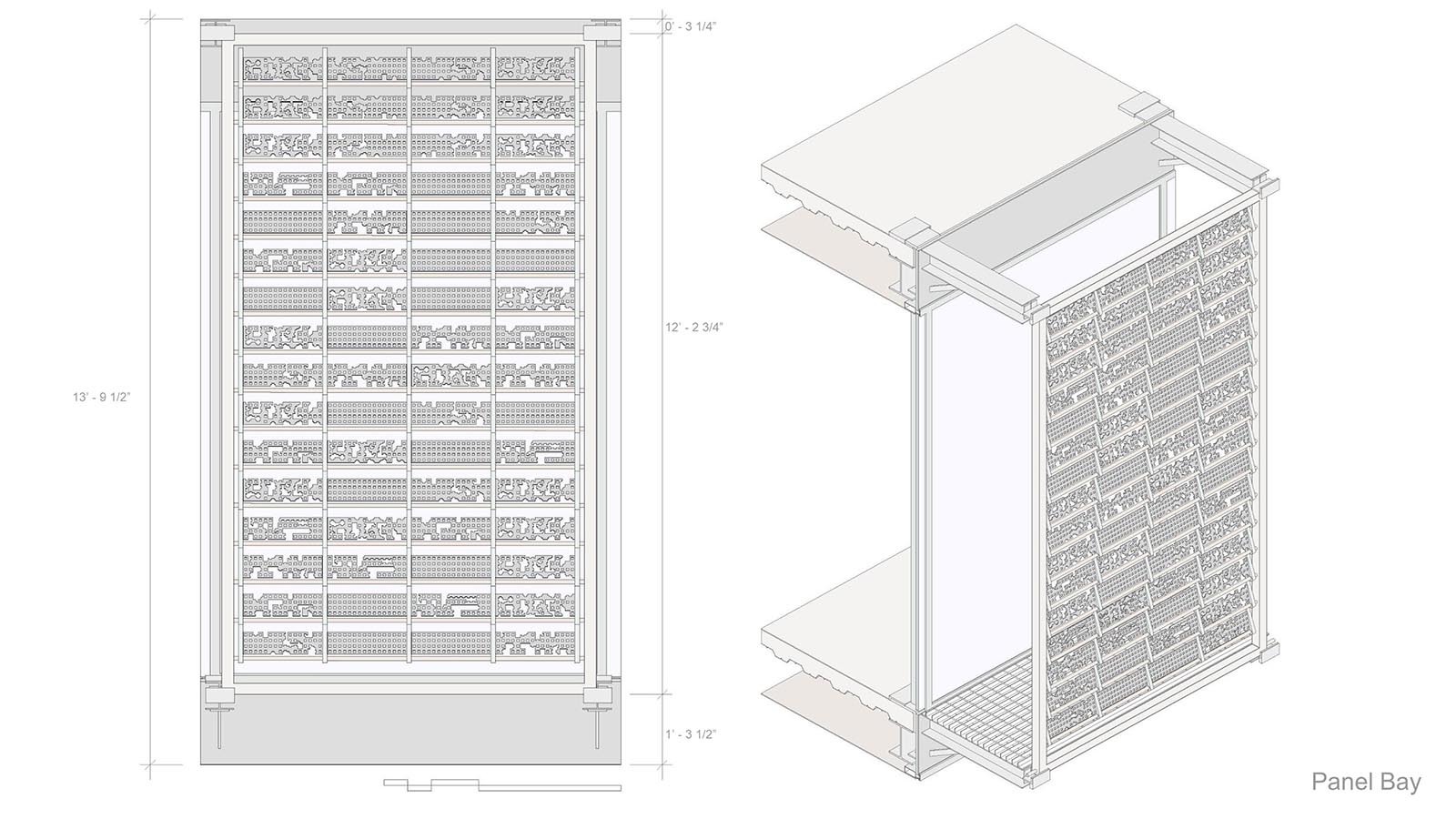 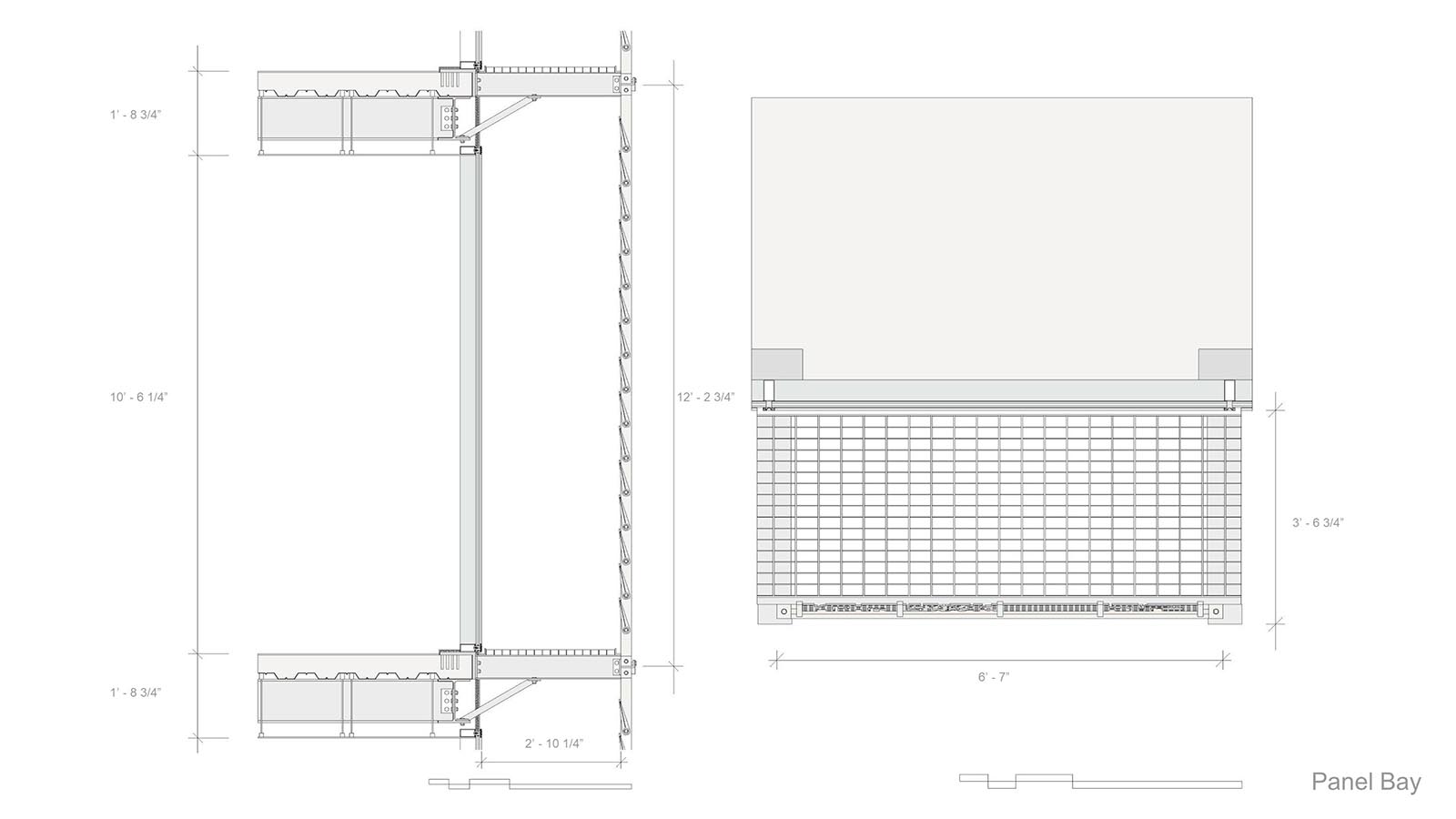 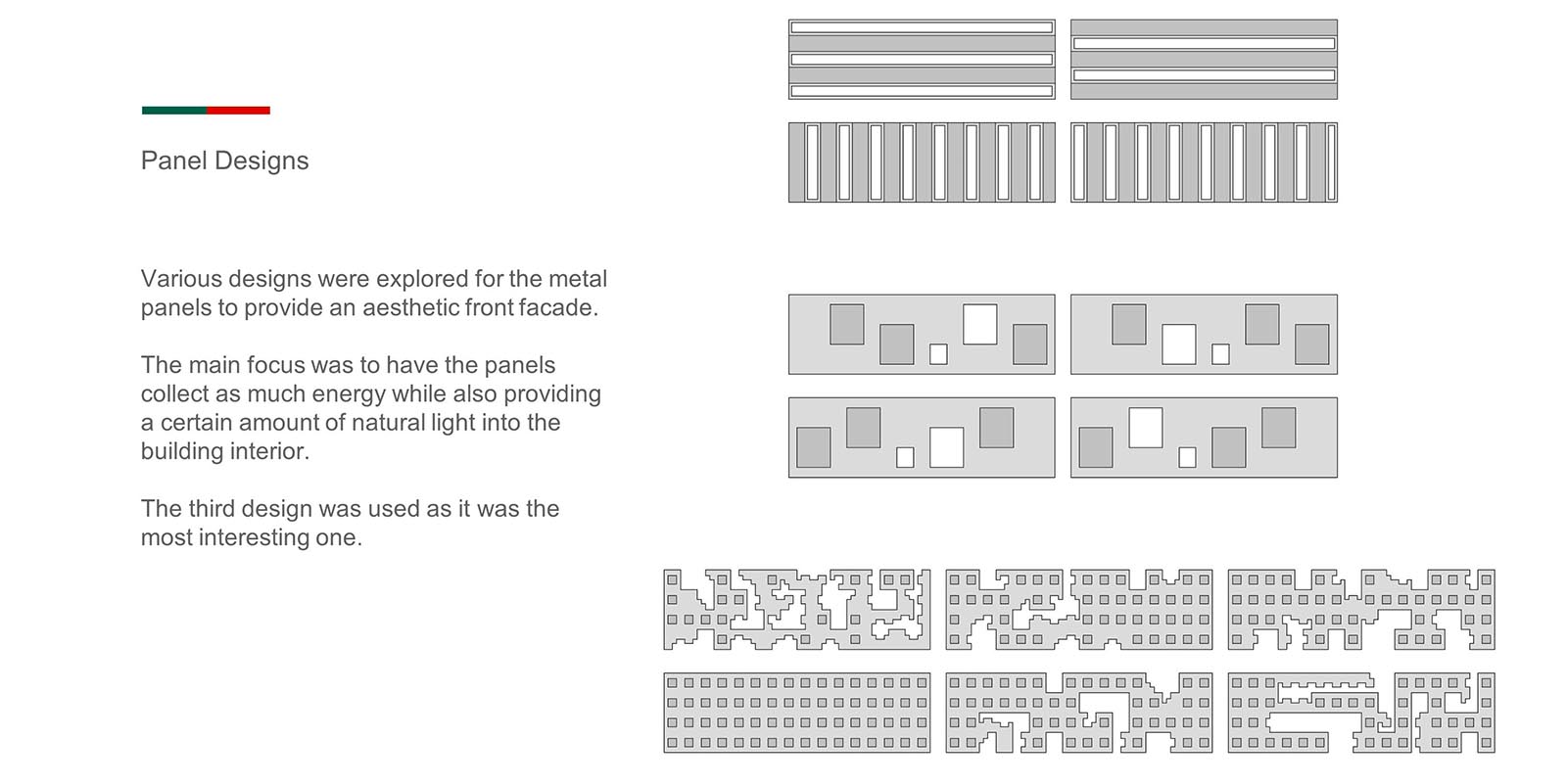 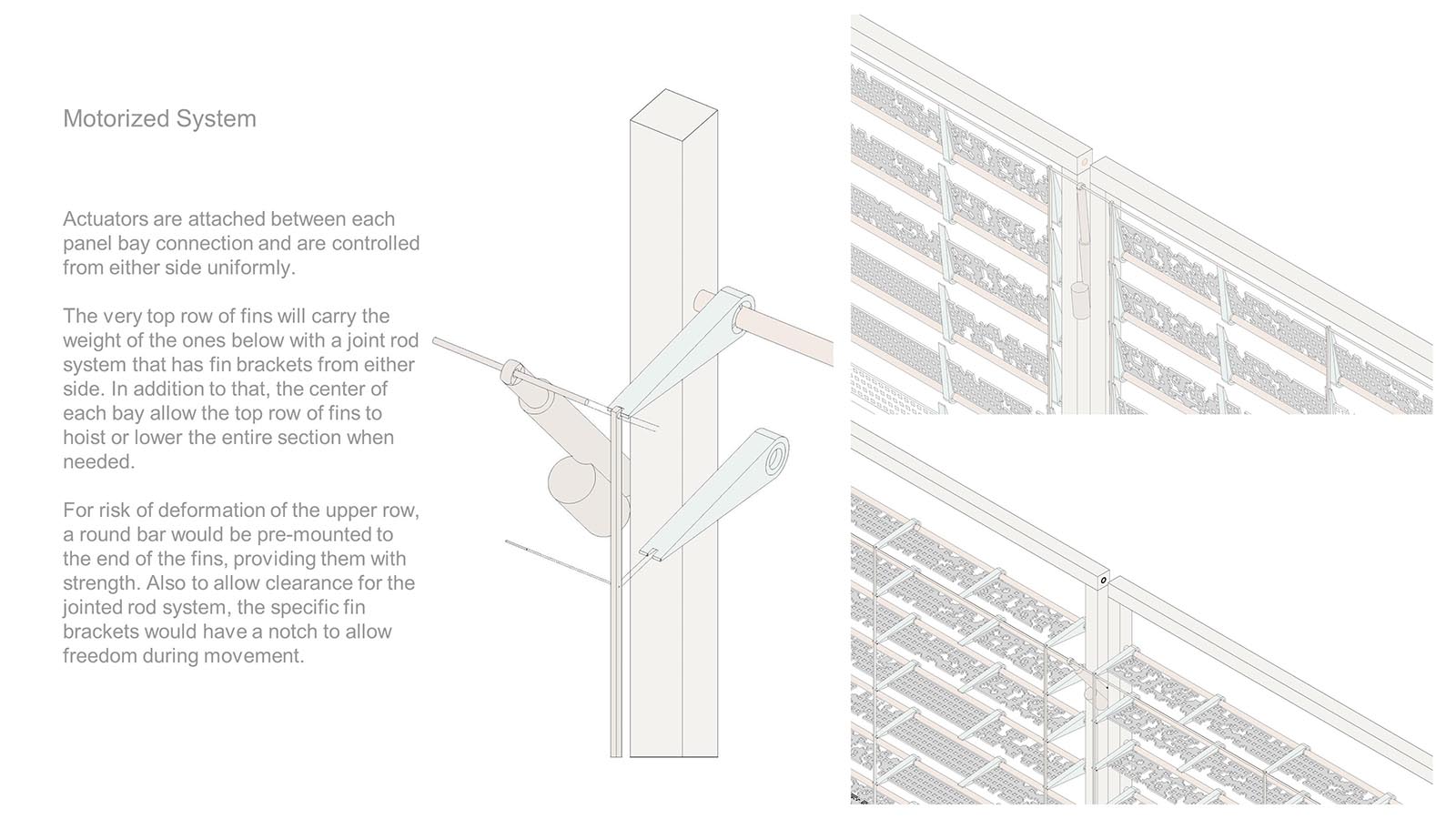 This particular project looked at ways to integrate solar thermal heating into building façades. Decisions about the materials, colors, and fenestration (perforation-to-solid) rations were driven by the physical prototype testing. 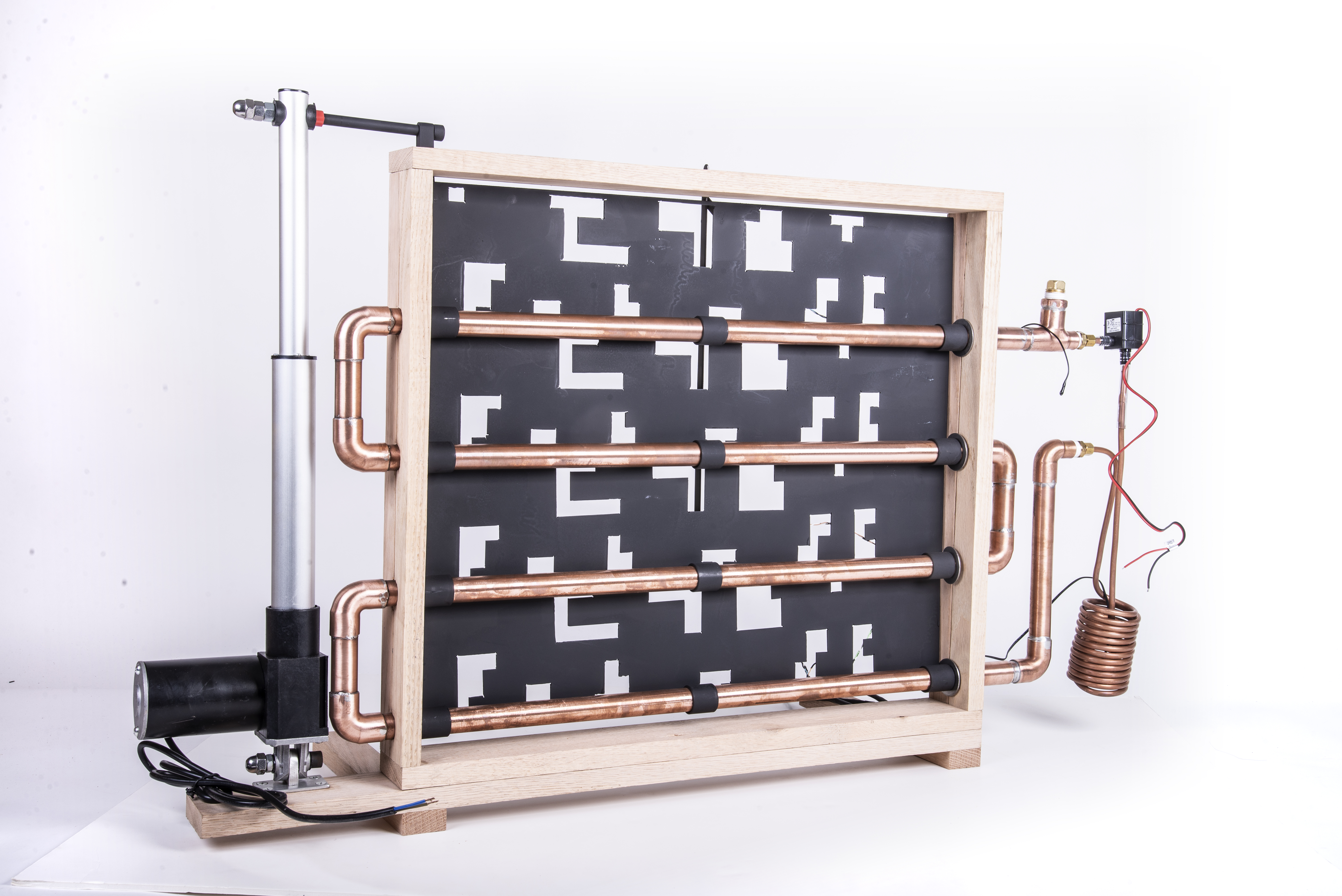 Final prototype used for testing of the facade effectiveness. Actual testing shown on the front image above (by David Skup and Arvind Manivannan).

The final prototype shown above evolved through a number of design and test iterations. The series of images below the prototyping process.

Prototype (3) focused on thermal performance testing of blades with black and white colors with and without perforation. Test were done using thermistors and Arduino Nano microcontroller with SD card shield for data recoding (David Skup and Arvind Manivannan). 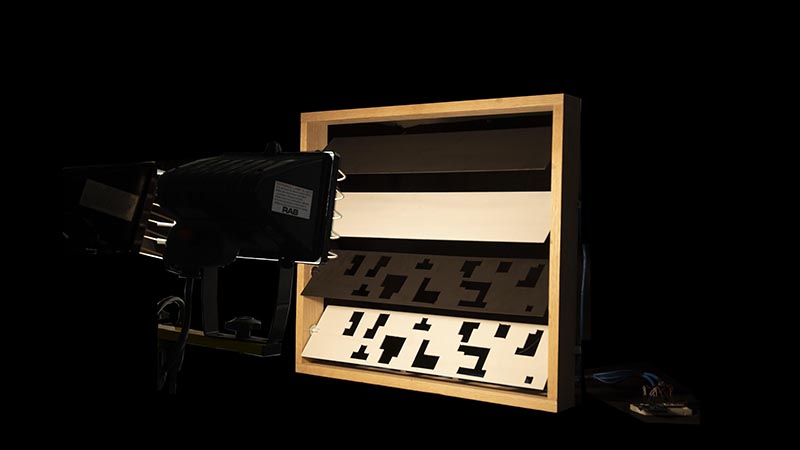 Panel testing (above) with data from four test graphed below. Tests included both heating up and cooling off (David Skup and Arvind Manivannan). 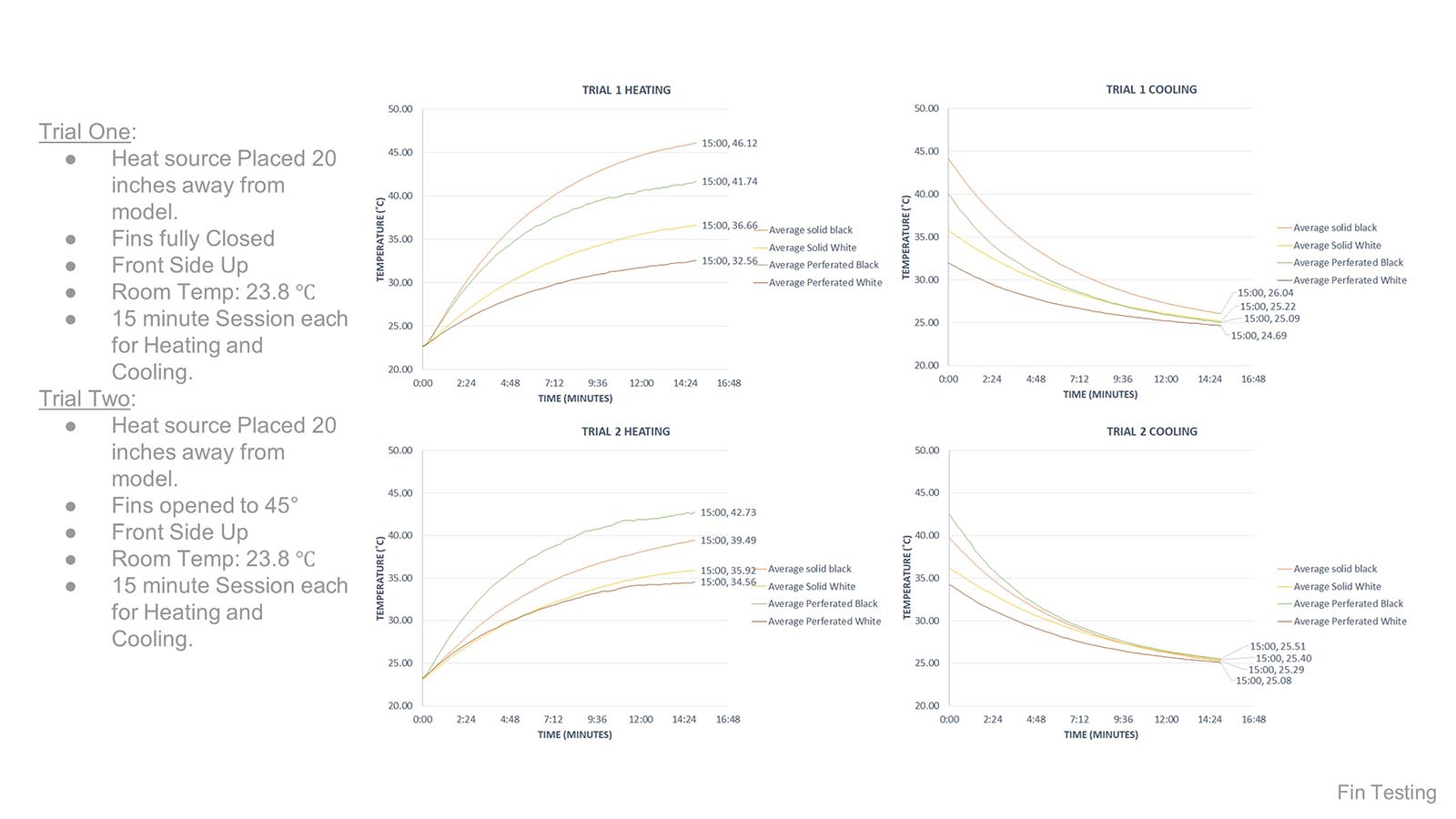 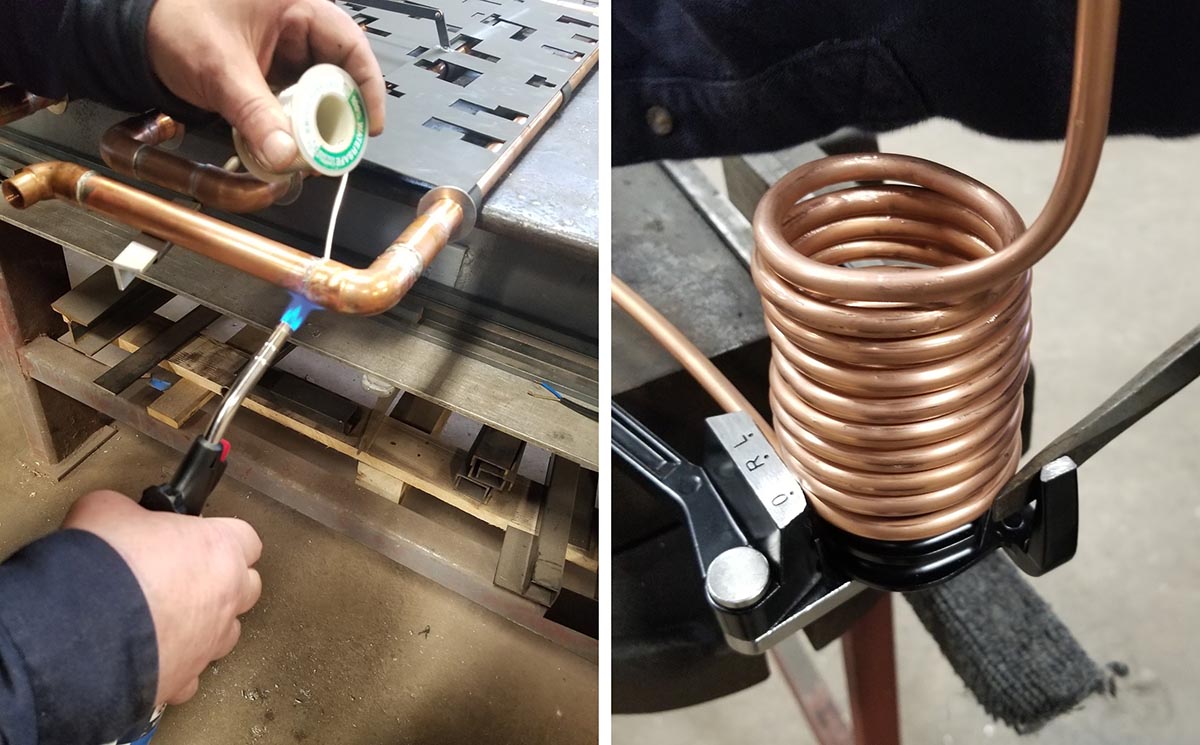 Fabrication process of the final prototype 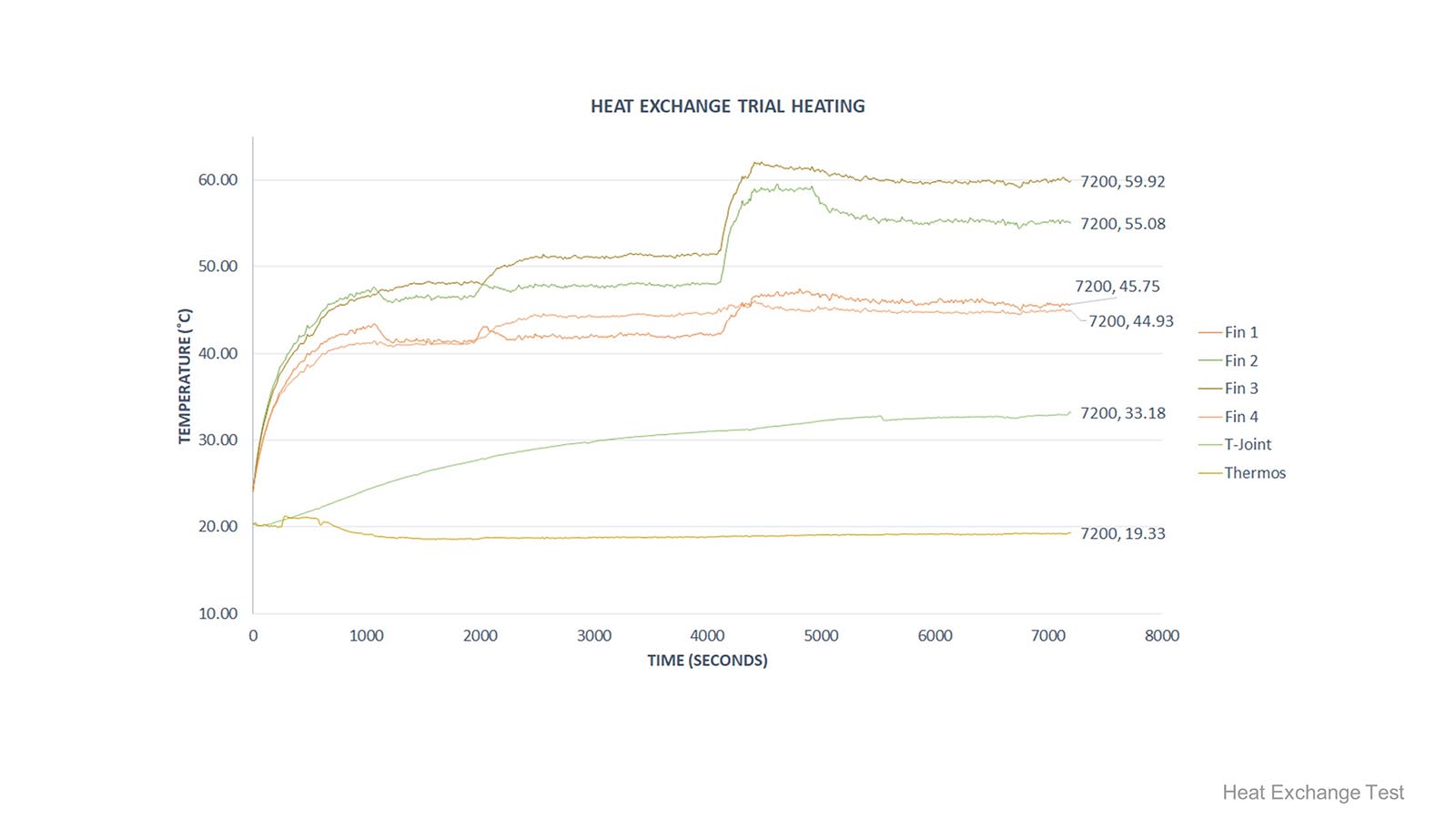 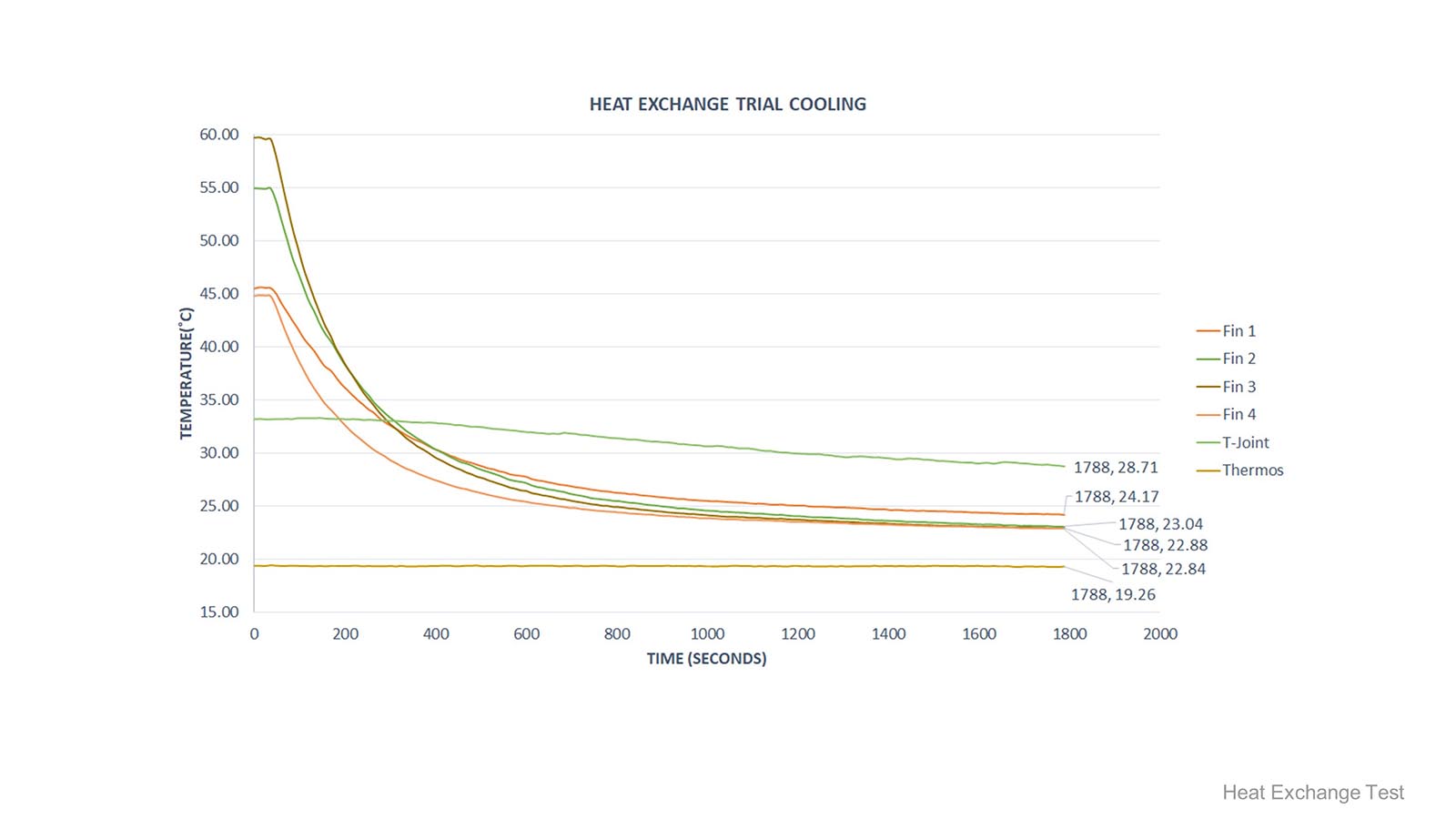 Phase changing materials (PCMs) are very rarely utilized in building facades. When PCMs are used, they are usually hidden within walls. Since paraffin wax and calcium chloride hexahydrate are substances that, depending on their physical state, are either transparent (liquid) or translucent (solid/crystalized), these properties provide a design opportunity for light transmission. This approach broadens the use of PCMs beyond purely performance (quantitative) to aesthetic and experiential (qualitative) considerations.

This project looked at building facade applications of phase changing materials (PCMs). Studies focused on two construction-scale feasible materials: paraffin wax and calcium chloride hexahydrate (CaCl2H12O6). Students analyzed thermal storage and light transmitting properties of these materials to integrate them into test-ready adaptive facade prototypes. They developed designs that aimed at the optimization of thermal mass storage associated with the PCMs while also maximizing on light transmittance for the interior illumination. The kinetic components allowed for a directed heat flow to and from thermal mass storage wall layers. To understand and quantify the value of these kinetic and PCM components, a number of tests were conducted tracking heat gains and losses for various facade arrangements.

PCMs, such as calcium chloride hexahydrate and paraffin change from translucent in the solid/crystallized state to transparent in the liquid state. This allows for wall applications that transmit daylight into building interiors. Panels developed by Emelyn Gonzales. 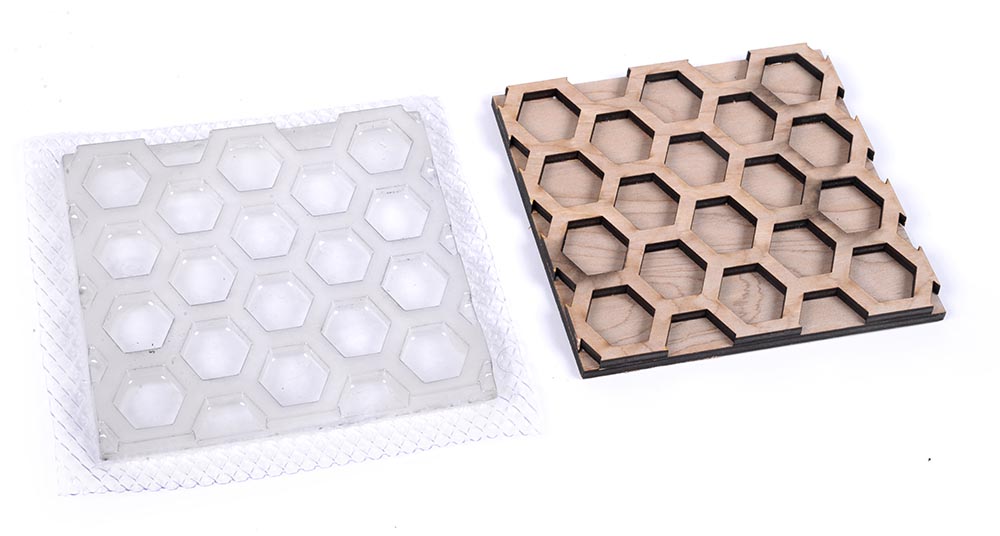 While performance-based (quantitative) criteria were main drivers for the projects, the aesthetic and textural/qualitative aspects were also considered. Tactility, material interactions, and the quality of transmitted light all played an important role in deciding on the panel design.

PCM-based panels were later tested to measure the heat storage (latency) capacity and its impact on the interior temperature. Paraffin-filled containers placed within double-glazed assembly were used for the performance testing.

Facade designs were proposed to utilize the PCM panel approach and provide additional insulation components to further (1) direct heat flow from the PCM to the interior without unnecessary losses to the outside and (2) from the outside to the PCM element without affecting interior space.

Figures X and Y show the smoke test of the adaptive/kinetic facade assembly (jams and a header). This is one of several tests students conducted on various facade prototypes and mock-ups. Testing provided a feedback mechanism in the iterative design process centered on the experiential (just-in-time) learning.

The studio looked at the scientific method as a process of creating new knowledge and contextualizing it within the discipline of architecture.

The goal of this project was to understand occupant behavior by analyzing window use patterns (opening and closing) within a large open studio space in a multistory atrium configuration. Building housing studio spaces has an elongated rectangular shape with primary (long) facades facing east and west. For the initial test, four window sensors were installed to record when and how often windows were opened. Sensors were placed on two floors, the sixth and seventh, with the seventh floor having direct exposure to the east and the sixth floor to the west.

The study utilized ESP8266 microcontrollers with magnetic contact sensors installed in 3D-printed enclosures to fit window frames. The microcontrollers reported sensor states via Wi-Fi network to a MySQL database on a remote server.

The questions that drove this study focused on (1) the correlation between indoor/outdoor temperatures and the times windows were opened/closed, (2) the time lengths of windows being opened, and (3) the locations within the space that were more likely to be impacted by opening the windows.

The initial study was conducted in early May. The building HVAC system cannot provide cooling and heating loads concurrently. It can only be in the cooling or heating state at any given time, usually changed in fall and spring.

The study found that windows on both east and west sides were opened for a similar duration, approximately 50 percent of the time. The closer look at windows 1 and 3 (fig. x) data over the last few days of the study shows a very similar pattern of opening and closing. During the study, the air conditioning was not active, which would justify the high amount of time the windows were open, particularly when correlated to the outside temperatures.

The second study was conducted from November to the beginning of December. It followed the same framework, with an additional four sensors and studio space placed on the fourth floor.